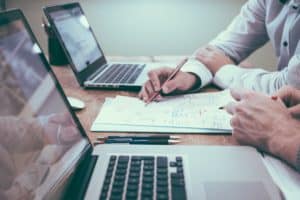 In the recent Supreme Court of Western Australia decision in Conroys Smallgoods Pty Ltd v Tomlinson [2018] WASC 21 the application for the extension of caveats came under the spotlight.

By a chamber summons Conroys Smallgoods Pty Ltd (‘Conroys’) sought to extend the operation of two caveats lodged by them over two parcels of land belonging to the first defendant, Tomlinson, until further order of the court. The application by chamber summons was required as Tomlinson would not agree to the extension of the two caveats pending a substantive determination of the proceedings.

Tomlinson opposed the extension of the two caveats.

Legal principles applicable to the extension of caveats

There are well established principles relating to the extension of caveats under s138C of the Act. When the Supreme Court assesses whether to grant the extension of a caveat, there are two general issues:

In these applications the onus is on the plaintiff to demonstrate that the caveatable interest it claims has or may have substance. Conroys referred to clause 6 of the Guarantee & Indemnity, which provided as follows:

“The Guarantor(s) hereby charge in favour of the Creditor any estate and interest in any land and in any other asset(s), whether tangible or intangible, in which they now have any legal or beneficial interest or in which they will later acquire any such interest, with payment of all monies owed to the Creditor.”

Does the claim have substance?

The Court examined the caveats and found that they met the requirements as to form. The case authorities state that the description of the estate being claimed can be supported in certain cases by reference to the deed or instrument mentioned in the caveat from which the estate or interest is said to arise. The Court also found that default had been established and the guarantee was enforceable. Also, the fact that the Guarantee & Indemnity did not give Conroys the express right to lodge caveats over certain property did not prevent the caveats from being effectively lodged.

Tomlinson suggested that the deletion of the words ‘and consent to the lodging by the creditor of a caveat or caveats which note the creditor’s interest in the real property’ from clause 6 precluded the lodgement of the caveats. The Court found that there is no requirement in the Act for the caveator to have secured permission to lodge a caveat. Also, Conroys was also not bound to a promise not to lodge caveats in the Guarantee & Indemnity.

The Court was satisfied that Conroys had discharged its onus to demonstrate that the caveatable interest it claimed had substance. Also, Conroys showed the Court that there was a sufficient likelihood of success in its claim of an equitable charge to justify the continuation of the caveat.

The Court then turned to the question of the balance of convenience. When considering the balance of convenience, the apparent strength or weakness of the plaintiff’s case can be taken into account. As outlined above, the Court found that the plaintiff’s case was arguable. In circumstances such as these, the interlocutory removal of a caveat where an arguable case as to the existence of the caveat had been demonstrated would be unusual.

The Court ordered that the caveats be extended until further order of the court.