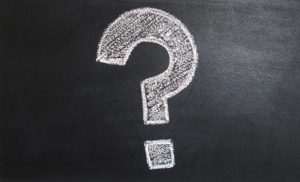 In a recent ruling, the Supreme Court of Queensland dismissed an application for the removal of caveats over a number of properties.

In DT & MF Holdings v Ascendia Accountants [2017], the Applicants needed to establish that there existed no serious question to be tried. All attempts to do this failed.

Each of the Letters of Engagement contained identical Terms and Conditions.

Of importance to the present case is Clause 11.1 which deals with non-payment of services provided by the Respondents.

An amount of almost $90,000 remained unpaid for services provided under a Letter of Engagement signed on 12 September 2016. Therefore in April 2017 the Respondents registered 18 caveats over the six properties owned by the Applicants. Each caveat represented an equitable charge or mortgage against the land for outstanding monies.

The Applicants argued for the removal of all caveats. They alleged the Respondents could not make out the grounds of claim which formed the basis of the caveats.

The difference between an equitable mortgage and an equitable charge was the focus of the Applicants’ appeal. They claimed there is a clear distinction between the two.

However, the Court found that the Property Law Act of Queensland did not clearly define the differences between an equitable charge and an equitable mortgage. Therefore it concluded that there existed a serious question to be tried.

The Applicants had two further reasons showing there were no serious questions to be tried. Firstly, they did not receive independent legal advice before signing the 12 September 2016 agreement. And secondly the Respondents breached its fiduciary duties owed to the Applicants as legal advisors.

The Court found that the need for independent legal advice relates to cases involving guarantees and therefore not applicable in this instance. Further, it concluded that the Respondents, as accountants, owed no fiduciary duty to their clients.

Equitable Mortgage: Certificate of Title as Security Without Signing Agreement?