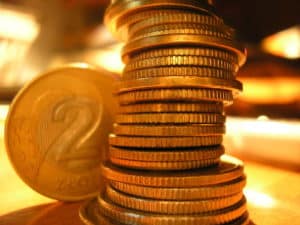 Guarantees – is there a requirement for a lender to ensure that a guarantor receives some form of personal benefit from the transaction? And, does a mortgagee’s failure to sell a security property at full value give rise to a caveatable interest?

The Supreme Court of New South Wales confirms that there is nothing improper in lending to an elderly borrower even in circumstances where he obtained no personal benefit from the transaction.  We also revisit a decision of the Supreme Court of South Australia which considered the ability of a mortgagor to lodge a caveat to prevent the mortgagee exercising its power of sale.

In the unusual case of Williams v Commonwealth Bank of Australia [2013] NSWSC 335, the plaintiff, who is an elderly grazier, and the father of one of the defendants alongside the CBA, sought an order setting aside the guarantee and mortgage he gave to the first defendant (the CBA). He gave the guarantee and mortgage in 2007 to support CBA facilities provided to his son for the purchase and conduct of the business of a stock and station agency in Moree.

Curiously, there was no default by the son under his arrangements with the CBA; no demand by the CBA; no claim for possession of the father’s property; and no suggestion by the CBA that he has failed to perform any obligation owed by him under the guarantee and mortgage.
Further, the evidence suggested that the business of the stock and station agency conducted by the son was trading profitably and successfully. Further still, the plaintiff said that he provided the guarantee and mortgage because he had confidence in his son, adding that he continued to have confidence in him.
Although the judge was not required to decide the underlying reason for the father bringing his action in these unusual circumstances, he speculated that it represented an attempt to improve the actual or contingent financial position of some or all of the plaintiff’s other three children. That is because the sole asset of the plaintiff was the grazing property pledged as security to the CBA.  Its agreed value was $3.3 million. The limit of the plaintiff’s guarantee at trial was $2,061,417 and the presence of the bank’s mortgage on the title to the property was effectively preventing the plaintiff from undertaking any estate planning or property realisation and distribution for the benefit of his other three children.

The father asserted a case of unconscionable conduct against the CBA as well as a claim under the Contracts Review Act. The judge rejected these claims stating that it was not enough that he was simply elderly at the time he gave his guarantee and mortgage. Nor was it enough that he obtained no personal benefit from the transaction other than the moral satisfaction to be derived from the gift of paternal benevolence to his youngest son. The judge said:
“Giving a guarantee to a bank to support credit extended to a close relative is a common transaction in the enjoyment of economic liberty, and many people would be greatly disadvantaged if they were not left in their liberty to employ the credit flowing from owning property for the benefit of themselves or of others”
The Judge also found that it was not enough that the plaintiff chose not to address the longer term consequences of his decision on any future estate planning that he might have been expected to undertake. His decision not to do so was not the bank’s fault. The responsibility of bank officers does not require them to investigate the guarantor’s motives; the existence of other children and his relationship towards them; or the possible wider effect of the transaction on the guarantor’s personal, moral or financial obligations. Bank officers cannot be expected to go into those matters unless, perhaps, clearly put on notice.

The Judge held that it is ordinarily sufficient if the bank officer ensures that the guarantor understands the particular nature of the transaction to which he has agreed and comprehends its legal effect. The bank officer must also ensure that the guarantor understands that it is desirable to obtain independent legal advice, and must provide him with the opportunity of doing so. In this case, the CBA satisfied those minimum requirements. It was not put on notice of any frailty, infirmity or feebleness on the part of the plaintiff – whether of mind or body. And the CBA had no reason to foresee that the guarantee and mortgage would necessarily create the difficulties in the plaintiff’s personal affairs that it apparently caused.
The Judge quoted Bryson J in Burt v ANZ speaking of a person who claimed that she did not read the documents:
“People have the right to enter into transactions in those circumstances if they choose to do so; many people do choose to do so, and unless her age is associated with some relevant infirmity, her age has nothing to do with her right to undertake obligations and does not diminish her freedom”

In this matter before the Supreme Court of South Australia, the plaintiffs, as mortgagees, were attempting to settle a contract of sale through their power of sale under a mortgage. The defendants, as registered proprietors, lodged a caveat on the title to land subject to the mortgage. This caveat was preventing the plaintiffs from settling on the contract of sale. The Supreme Court of South Australia was asked to urgently deal with an application to have the caveat removed from the title.

The mortgagee entered into the contract of sale. Thereafter, the mortgagors lodged a caveat with the Registrar-General claiming an interest as registered proprietors. It was alleged in the caveat that the mortgagee had improperly exercised its power of sale by selling the property for less than the market value of the property.

The onus is on the caveator to persuade the court not to remove the caveat from the title. White J stated:
“this requires that they establish that there is a serious question to be tried concerning the existence of the asserted caveatable interest and that the balance of convenience favours the continuation of the caveat”
A registered proprietor already has the highest possible interest in the land. However, “the protective nature of the caveat” could ensure the protection of a registered proprietor’s interests in some circumstances. For example, a registered proprietor can lodge a caveat to prevent the registration of a transfer until payment of the purchase money or to prevent a fraudulent transfer.

Did an equitable interest arise?

The Judge then focused on whether a sale at an undervalue gives rise to a caveatable interest, given that a mortgagee has a duty to act in good faith when exercising its power of sale. In Swanston Mortgage Pty Ltd v Trepan Investments Pty Ltd, the Supreme Court of Victoria found that a mortgagee’s breach of duty does not give the mortgagor a caveatable interest. In that judgment, Brooking J concluded that a mortgagor would have a ‘mere equity’ to apply to a court to have the mortgagee’s sale set aside. This decision was the subject of considerable criticism and has not been followed consistently. For these reasons, White J did not follow the Swanston approach. Instead he favoured the view that a wrongful exercise of a power of sale could give rise to an equitable interest. This equitable interest, in turn, was capable of being protected by caveat.
In the opinion of White J:
“If regard is had only to the circumstances relied upon by the defendants as indicating a sale of undervalue, a serious question to be tried would exist”
However, the defendants owed the Bank at least $950,000 which meant there would be no remaining equity in the property given the plaintiffs, by their own admission, had valued the property at around this amount. Therefore, the caveat was removed.

In this case the mortgagor’s claim failed on the grounds that their equity in the property had been subsumed by their indebtedness to the bank. However, this decision shows that a breach of the mortgagee’s duty to act in good faith when exercising a power of sale can give the mortgagor an equitable, and therefore caveatable, interest in the mortgaged property.
Elliott May Lawyers regularly acts for lenders involved in letter of offer disputes or who are seeking to recover monies owed pursuant to loan agreements, mortgages or guarantees. We specialise in all aspects of debt recovery, mortgage and caveat lending and enforcement, including preparation of offer documentation, loan agreements, mortgages, priority deeds, PPSA charges and guarantees, as well as issuing possession proceedings and facilitating the exercise of power of sale by mortgagees.

To Imply or Not to Imply: Examining the Duty of Good Faith