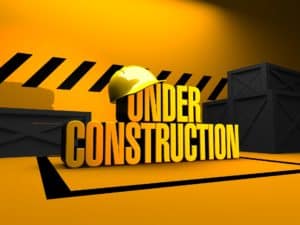 In Thompson DK Properties Pty Ltd as trustee for the Thompson DK Discretionary Trust No 7 v Brown, the Supreme Court of Queensland considered a removal of caveat application from a property developer. The builder had lodged the Caveat over the development property.

Thompson DK Properties Pty Ltd as trustee (Thompson) is the owner and developer of a property in Daisy Hill, Queensland. Mr Brown was engaged to construct a number of duplexes and a triplex on the property. On 29 August 2017 Brown lodged a caveat (the Caveat) claiming a charge over the property pursuant to a charging clause in the construction contract.

Thompson applied to the Supreme Court to remove the caveat on the following basis, that:

When does a caveat lapse?

Section 126(4) of the Act dictates that if a caveator does not want its caveat to lapse, it must start proceedings in a Court of competent jurisdiction to establish the interest claimed under the caveat within three months after the lodgement of the caveat (in these circumstances, 29 November 2017). The Act places the onus on the caveator to start those proceedings.

Brown delivered a draft statement of claim to Thompson on 13 October 2017, but it was not filed. On 24 November 2017, Brown lodged a General Request form to the Registrar of Titles stating that proceedings had been started to establish the interest claimed under the Caveat. However, attached to the General Request was a copy of the originating application filed by Thompson seeking the removal of the Caveat.

“[W]ithout a statement of claim being filed, or the originating application being amended, there would have been a real question as to whether [Brown] had started a proceeding “to establish the interest claimed under the caveat”. Given that neither occurred, the originating application of itself could not be treated as a proceeding for the purposes of s 126(4) since it sought to set the Caveat aside. The fact is that there was no proceeding started to establish the interest claimed in the Caveat as contemplated by s 126(4) of the Act.”

Brown as caveator took no steps to make good the interest he claimed by starting proceedings by which his interest may have been defined. In circumstances such as these, s 126(5) of the Act operates automatically to cause the caveat to lapse and there is no occasion for the exercise of any discretion.

Balance of convenience favoured the removal of caveat

Because the Caveat had automatically lapsed the Court was not required to consider the other grounds of Thompson’s application. Nevertheless, Justice Brown found that even on the assumption that monies were owing which could be the subject of a charge, the balance of convenience favoured the removal of the Caveat. Her Honour pointed to the following reasons:

What Principles Apply to the Extension of Caveats?