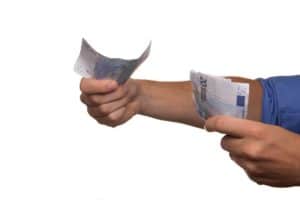 The courts will not intervene to assist borrowers who become the victim of their own imprudent transactions, even where they have not been advised to seek independent legal and financial advice.

In the matter of Donnelly v Australia and New Zealand Banking Group Ltd [2014] NSWCA 145 the court held that a borrower who voluntarily engages in risky business is not entitled to call upon equitable principles to be redeemed from the consequences inherent in taking those risks.

Mrs Donnelly and her husband drew down HK$4,105,056.00 (about AUD600,000) under an “Expat Mortgage Loan Facility”. ANZ Asia Ltd (the Bank) granted it to them on 12 June 2008. The loan agreement contained a “clawback clause”. The clause entitled the Bank to convert the currency of the borrower’s liability from Hong Kong Dollars to Australian Dollars. This clause operated where, as a result of exchange rate fluctuations, the borrower’s liability when converted to Australian Dollars exceeded 85% of the assessed value of the security property.

After the loan was made, the Australian Dollar depreciated sharply against the Hong Kong Dollar. Therefore the Bank exercised its right under the clawback clause. The Bank converted the borrower’s indebtedness to approximately AUD730,000. This was about AUD130,000 more than the original value of the loan.

The Bank then commenced proceedings in the New South Wales Supreme Court against Mrs Donnelly. It sought for possession of the security property and judgment for the debt.

Mrs Donnelly alleged that the Bank had engaged in conduct that was unconscionable under equitable principles. This argument was based on the Bank’s purported failure to inform Mrs Donnelly that deterioration in the value of the Australian Dollar against the Hong Kong Dollar would adversely affect her interests under the loan facility.

The trial judge rejected her defences and entered judgement for the Bank against Mrs Donnelly in the sum of $879,685.55. The judge also made orders for possession of the security property. In short, the court held that the Bank had not acted unconscionably.

Mrs Donnelly relied on the following to support her defence on appeal:

The principles of unconscionable conduct

“ … equitable intervention does not relieve a plaintiff from the consequences of improvident transactions conducted in the ordinary and undistinguished course of a lawful business. A plaintiff who voluntarily engages in risky business has never been able to call upon equitable principles to be redeemed from the coming home of risks inherent in the business. The plaintiff must be able to point to conduct on the part of the defendant, beyond the ordinary conduct of the business, which makes it just to require the defendant to restore the plaintiff to his or her previous position.”

The evidence suggested Mrs Donnelly did not have a perfectly clear understanding of the terms of the facility agreement. However, the Court of Appeal found that this was an insufficient basis for a claim of unconscionable conduct. As the above extract shows, a plaintiff has to point to some conduct on the part of the defendant which goes “beyond the ordinary conduct of business”. In this case, Mrs Donnelley’s allegations and evidence did not satisfy this requirement.

Also, the Court of Appeal found that the Bank had taken reasonable steps to inform Mrs Donnelly of the risk a depreciation of the Australian Dollar posed to her indebtedness to the Bank. The evidence presented by the Bank included the Bank’s usual practice of explaining the effect of exchange rate fluctuations to potential borrowers.

In addition, the Bank’s failure to recommend that Mrs Donnelly obtain independent legal advice was not unconscionable in the circumstances. In fact Mrs Donnelly’s personally chose not to seek such advice. The court also noted that Mrs Donnelly was sophisticated in her commercial dealings. She had entered the facility for the purpose of currency gains. As a result, all this contributed to a rejection of her defence.