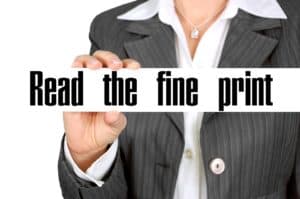 Guarantor relieved of obligation to pay because Bank failed to adhere to a voluntary industry code.

In the matter of National Australia Bank Limited v John Albert Rose [2016] VSCA 169, the Victorian Supreme Court of Appeal held that a guarantor was not required to repay loans totalling more than $8 million because the bank failed to comply with the Code of Banking Practice.

In 2007, Mr Rose and Mr Rice entered into a joint venture arrangement to acquire investment properties through companies they jointly controlled. Mr Rose contributed cash towards the purchases. And Mr Rice arranged for various loans from National Australia Bank Limited (‘NAB’) for over $8 million. Mr Rose guaranteed the loans made by the NAB.

Mr D’Angelo, a senior business banking manager at NAB, visited Mr Rose’s home with loan documentation for signing. These meetings would last 15 to 30 minutes. Mr D’Angelo would provide oral summaries of some of the documents. Also he would point Mr Rose to flagged pages for signing. Mr Rose did not read the documents.

Assuming Mr D’Angelo followed his standard procedure, he would ‘look at’ the cover page of each guarantee with Mr Rose and explain the liability of a guarantor should the borrower default. However, Mr Rose could not recall being told of this or having the cover page of the guarantees brought to his attention. Mr Rose signed the guarantees without seeking legal or financial advice. Also, he was unaware that he had guaranteed the entirety of each of the loans. If Mr Rose had been told he should seek legal advice, he would have done so, and not entered into the guarantees.

In 2010, the purchasing companies defaulted on the loans. Thereafter NAB sought the outstanding balance of the loans from Mr Rice and Mr Rose under the guarantees provided. Mr Rose counterclaimed for damages for breach of the Code of Banking Practice (‘Banking Code’).

The guarantees signed by Mr Rose included a warranty by NAB that it would comply with relevant provisions of the Banking Code. One of the provisions is clause 28.4(a).

This required NAB to provide prominent notice of various matters prior to taking a guarantee, including:

In 2015, the trial judge ruled that NAB had failed to provide Mr Rose with prominent notice under clause 28.4(a). However, NAB appealed this decision. It contended that the trial judge focused on what Mr D’Angelo did or did not say to Mr Rose, as opposed to the written notices on the document.

The Court of Appeal was required to consider whether NAB breached its contractual warranty to provide prominent notice as required by clause 28.4(a) of the Banking Code. Also whether the NAB has an obligation to ensure that a guarantor is aware of and understands the matters referred to in clause 28.4(a).

Decision in favour of guarantor

The Court found that NAB’s obligation under the Banking Code is to give the guarantor notice of the matters referred to in clause 28.4(a). This needed to be conspicuous in the context in which it was provided. The majority of the Court affirmed the trial judge’s conclusion that NAB failed to provide Mr Rose with prominent notice in accordance with clause 28.4(a) of the Banking Code.

In reaching this decision, the Court took into account the circumstances in which Mr Rose signed the guarantees. This included the brevity of the meetings with Mr D’Angelo and the length and number of the documents involved. Also, it noted that NAB did not leave the documents with Mr Rose for his review.

Although Mr Rose could have read the various documents prior to signing if he wished, it was found that NAB had dealt with him on the basis that he had no need to do so. In the circumstances, the Court held that Mr Rose was not given prominent notice in accordance with clause 28.4(a) of the Banking Code and because of this breach, Mr Rose suffered loss in the amount of the guarantees and was entitled to set off damages.